From Where We Stand Exhibit on Display through Mid-October

The Stand recently put together its first photo exhibit for this storytelling series, From Where We Stand.

What a great and rewarding experience.

It was the perfect way to display the project’s photo focus and celebrate the work of our eight participants and their mentors.

This project’s goal was to put real families behind the camera to tell their own stories. Under the direction and guidance of professional mentors, the participants’ photography skills rapidly improved, their confidence grew and, for many, a new hobby developed. 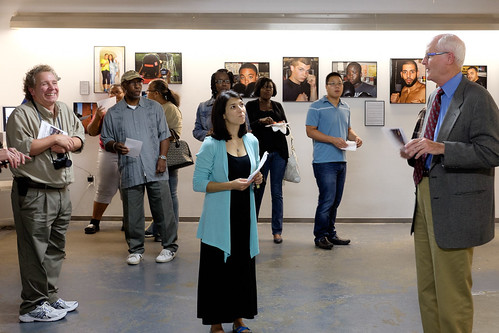 South Side resident Dale Harp worked with Mentor Bob Gates. Both spoke at the opening reception held Sept. 11 and shared what they got out of the experience. Harp said before this project, the only camera he ever used was a disposable one. “Every step of the way, Bob has been with me to teach me how to use the camera, upload photos and answer my questions,” Harp said to an audience of about 50 attendees.

Mentor Gates, a professional photographer and retired professor at Syracuse University, shared how refreshing it was to work with Harp. “In all my years of teaching, I have never had a better student,” he said. He described how excited, eager and passionate Harp was to learn.

Another theme that emerged from participants’ final photos is how black fathers do play a role in their son’s lives.

In several final images, you can see a father playfully blowing bubbles with his young son, a father supportive of his son’s dream of becoming a boxing champion and even a grandfather teaching his grandson to ride a bike. It was said best by participant Brenda Muhammad during the opening: “This project is important because it shows there are strong men supporting and raising their sons in this community.”

Participants’ final photos can be seen at the Link Gallery through mid-October, Monday through Friday during normal business hours. The gallery is located on the ground floor of the SU Cantor Warehouse, 350 W. Fayette St. When you enter the building, take the elevator to the ground floor and you will exit the elevator into the gallery. 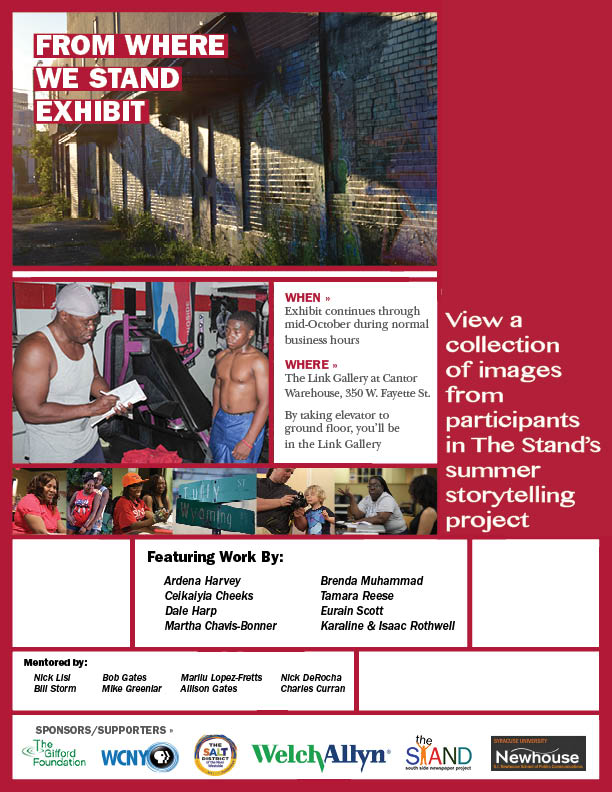